There aren’t many UK bands in the Punk genre that have had the lasting impact that Crass have. The collective have received an equal amount of love and hate over the decades and all without having any mainstream success. There was no crossover hit, no jeans commercial “sell-out” mega-hit and most folks in the street would give you a blank stare if you dropped their name in idle chit chat.

But … fuck my old pleather boots if they did not light a fuse in the underground. Declaring punk dead the minute it hit the suburbs Crass brought anarcho politics, animal rights and peace punk sloganeering to a generation ready to experience something a bit more real than safety pins, edgy swazis and boot boy bovva. Sure it descended into its own cliché of dog on a rope rhetoric and monochrome stencil style artwork that adorns bedroom walls and computer screens from Gothenburg to Osaka but to be first and to inspire is to reach god-like status.

This in itself is hilarious as Crass bashed organised religion (in fact organised anything) whenever they could with their iconic logo being a pastiche of the Christian cross, the Union flag, the Swaztika and the Ouroboros. Did the collective become too big and a snake that ate itself ? That is a question for late-night punk purists.

So what is Normal Never Was? Last year Crass put their DIY money where their loudspeaker is and offered the stems for their ground-breaking debut album “The Feeding of the 5000” up for grabs online with the challenge – take it, shake it, break it – mix it backwards, forwards and upside down.

All proceeds from this batshit project go to Refuge a charity that supports victims of domestic abuse – needed post lockdown more than ever. Great idea. Great cause. Does the music hold up?

Well, I will start off by saying that I am reviewing this with a disadvantage. There has been a delay in One Little Independent getting the tracks to me so I am working from WAVs and a jpeg of the front cover. Got no details about the remixers aside from names that trail off on a long-form filename. You know what it couldn’t be better than this, in this case. The first time I heard Crass was on a tape when I was 16 that an older woman at Barnet College made for me. It had Feeding of the Five Thousand on one side and “Pictures of Starving Children Sell Records” by Chumbawumba on the other. I can remember liking the song titles more than I liked the music and went back to listening to Pixies, Sisters of Mercy and Nuclear Assault. What I can remember in subsequent listens to the album over the last few decades is my love for the more traditional lo-fi Steve Ignorant fronted punk numbers and loving the content but not the style of the spoken word pieces by Joy De Vivre and Eve Libertine. Just not a spoken word listener – I still skip those tracks now.

Well here all the tracks on the album get at least two remixes each with a myriad of styles on offer – some transforming the tracks into beasts that barely resemble the source and others that add cyborg limbs to the organic base.

“Asylum” the Christ baiting intro to the album that I skipped so nonchalantly is given a big beat Euro style remix by Brainquake which sees Eve Libertines vocals stretched and slowed to great effect. The meaning rendered just as powerful as the original but now you could swing your hips to it. Meanwhile, The Misanthropist mix on CD 2 is a dark industrial take with big dirty Justin Broadrick style riffs. The pain and bile drips from every word as the industrial machine minces the church.

There are plenty of reasons to pick this album up, the great source material, the charity that benefits and the sheer why the fuck not approach to making your stem files available for the world to manipulate at will. Another great reason is the showcasing of artists to a whole new audience. Over the 40 tracks on offer here I am introduced to nearly as many electronic artists and musicians – which is gonna cost me a few quid in Bandcamp. I mean Toxic Derwish remix of Do they Owe Us a Living has me grinning and bopping in equal measure, the uplifting synth that backs Ignorant’s vitriol shines light in the dark and when it segues into Jack Matthew Tyson’s “End Result” I am arms in the air, glow sticks at the ready and remembering seeing The Shamen at the Camden Palace back in 1990. The same song gets a completely different going over on “Kooky’s Punky Loves Beats Remix” which amps the bass into a deep reggae throb and brings the guitars right up in your face like Sigue Sigue Sputnik then dops in a dirrrrrty electro dub section. Oooof! As you can tell with 40 tracks on offer here there is no way I can go in-depth on each one without writing a manifesto length piece that will be ignored. But maaaan there is so much here to stimulate the shell likes. Al Poison Reidh gives End Result a grime/electro makeover whilst the track that pissed off The Exploited and Special Duties “Punk Is Dead” becomes a toppy, punky, choppy dub backed behemoth at the hands of Grumblemorph whilst Use Knife slather it with futurist electronica and make Steve Ignorant sound even gruffer! It feels like punk has been killed by Skynet and the mohawked masses are being strangled by ethernet cables and USB cords!

I would not be doing the original Feeding album justice if I didn’t give time to “Banned from the Roxy” Crass’s pro-peace, anti-government anthem. Montreal’s Gloom Influx stuff the track with grit and menace offering a 90’s hip hop swagger to the anger. Makes me think of Fatal and Onyx and the use of gun samples cut through the track like multi million pounds worth of export live rounds through young flesh. Origins of Dissent takes things in a much more futuristic and stark direction, this is a claustrophobic techno trip through hyperspace, firing on all cylinders – the beat brings to mind the infectiousness of German loons Eskimo Callboy. I reckon you could do an anarchist step class to this track!

To hear the starkness of “Fight War …not Wars” transformed into an EDM groover with Witch House traits by Popcorn Warlord and a deep bassy behemoth by Dub Revolutions freaked me out.

It is a compliment to all of the artists who took part to say that at no point have I wondered why they bothered. Each track is remixed brilliantly and stands on its own as a piece of music, If I am honest I am probably more likely to listen to these mixes than the original now they exist in the world. Imagine seeing a dancefloor of people bogling and grinding to Fight War, Not War or lazer pointing to General Bacardi! Coming to a pub and radio station near you ….soon.

These remixes have given this album a musical revamp which lets the message of love, peace and stopping that boot grinding down into the face of the oppressed flood out to a new generation.

To paraphrase Wattie – Crass’s not dead- no it’s not!

MÜ is fearless, irreverent and nonconformist, a necessity in these times.

Get your copy now 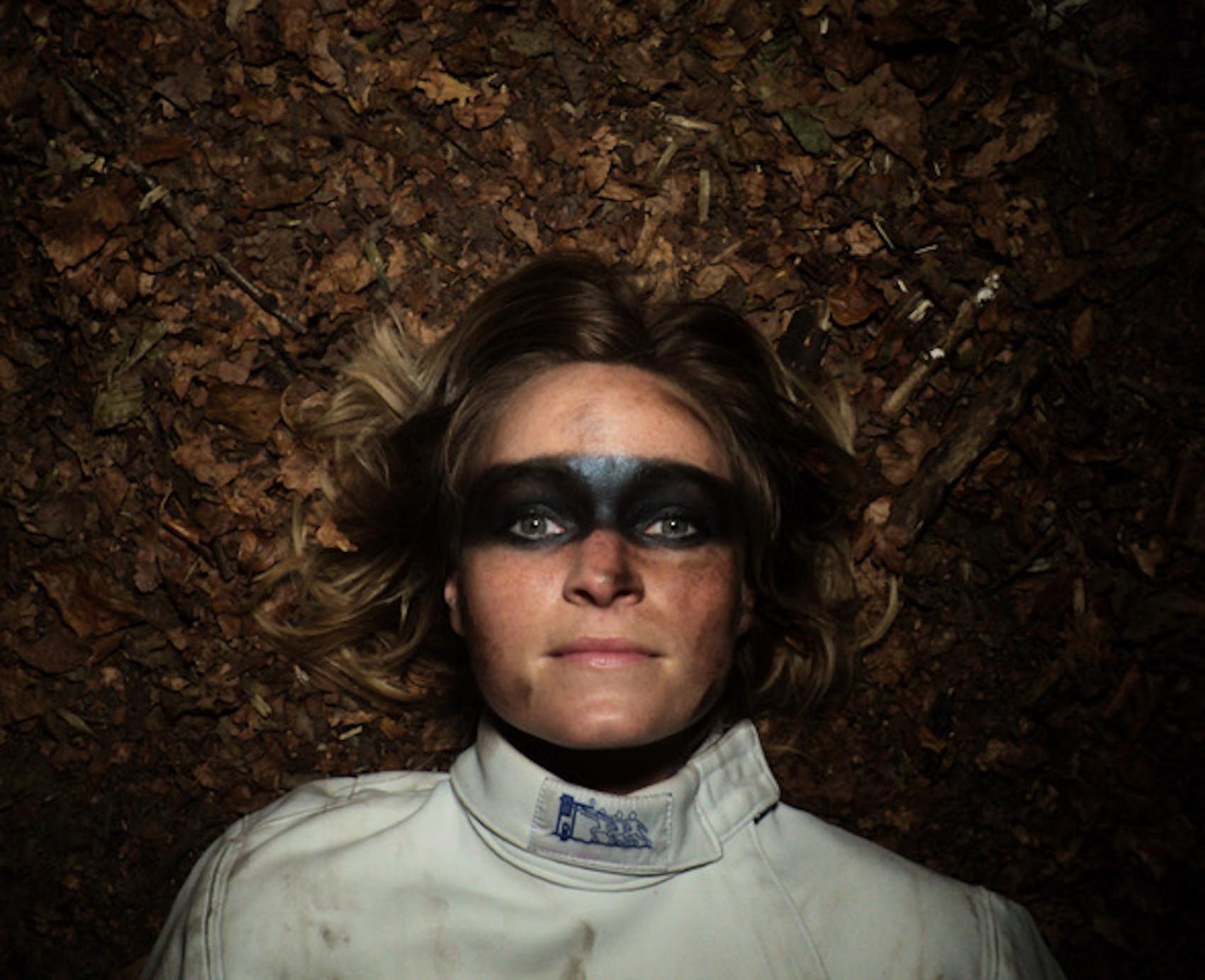 21 Gun Salute to one of the greatest guitarists the world has ever seen.Jeff commanded huge respect and love from all the other great guitarists,

Read More
Thanks so much @flowersfightforsunshine for the ad

“As exquisite as debut albums get.”Read our

MÜ Magazine began as a crazy idea born from a des

Yesterday’s dress will now shine Despite the da

The winds of change, an awakening, chapters remain

Hercules and Love Affair "The in-between times hav

EZRA FURMAN The Future is Forever Lilac and Black

"When I stumbled across bands like Wire, Gang Of F

Enter the alchemical world and wonder of Moritz Wo

We use cookies on our website to give you the most relevant experience by remembering your preferences and repeat visits. By clicking “Accept All”, you consent to the use of ALL the cookies. However, you may visit "Cookie Settings" to provide a controlled consent.
Cookie SettingsAccept All
Manage consent

This website uses cookies to improve your experience while you navigate through the website. Out of these, the cookies that are categorized as necessary are stored on your browser as they are essential for the working of basic functionalities of the website. We also use third-party cookies that help us analyze and understand how you use this website. These cookies will be stored in your browser only with your consent. You also have the option to opt-out of these cookies. But opting out of some of these cookies may affect your browsing experience.
Necessary Always Enabled
Necessary cookies are absolutely essential for the website to function properly. This category only includes cookies that ensures basic functionalities and security features of the website. These cookies do not store any personal information.
Non-necessary
Any cookies that may not be particularly necessary for the website to function and is used specifically to collect user personal data via analytics, ads, other embedded contents are termed as non-necessary cookies. It is mandatory to procure user consent prior to running these cookies on your website.
SAVE & ACCEPT